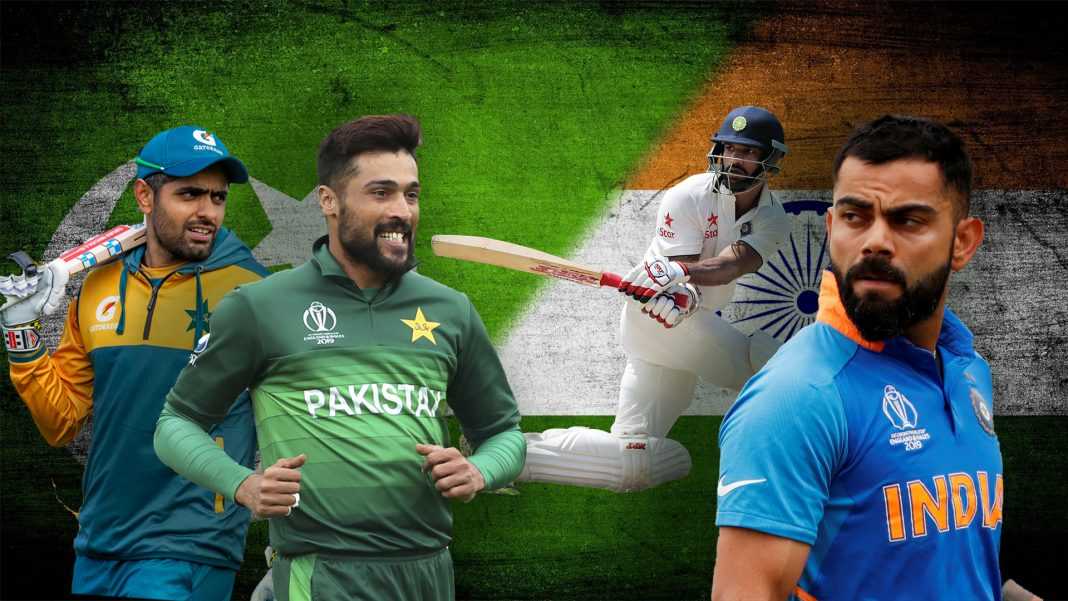 India–Pakistan rivalry has been one of the best Cricket Rivalry of All-time, it is probably the most-watched rivalry in Cricket history. Whenever Both teams met, we have got plenty of Entertainment and we have got some tough nail biters too.

Pakistan and India are neighboring countries and the political issues between them are probably the reason why India–Pakistan Rivalry is the most excited one. Highly tense relations between the two countries is probably the reason. Another reason maybe is that they both get separated in 1947 so there is a hell of competition between these two teams. We have got plenty of sensible Fans on both sides but at the same time, many fans separate hate. Fans love their teams too much; they are so emotional and most of the time can’t bear the defeat of their favorite team. We have seen so many such cases in the past.

You Can Also Read: Top 10 Cricket All-rounders In Recent 20 Years

If we talk about the Past, INDIA had a very strong batting line up which they still have. They had the likes of Sachin Tendulkar, Rahul Dravid, Sunil Gavaskar, Virender Sehwag Etc. They had so many batting legends in their team that their batting order was too strong to bowl against. They had the experience, they had plenty of talent, and young sensations and they had everything one perfect batting lineup should have.

Also, they had a good bowling lineup in the shape of Anil Kumble, Kapil Dev, Zaheer Khan, etc.

But in the past, the main strength was their batting for sure. Also, they had got good management and Good Captains. Presently, their batting lineup is Strong but not as much as it is used to be in past. They are no doubt still producing batsmen of high quality through domestic cricket. They have so much batting talent in the hunt. Their bench is still very strong. Once A Wise Cricket Expert Said “if You Want to Check the Strength of Any Team, Check The Players Sitting On The Bench” Recently India has improved their bowling a lot, especially in the longer format they are performing good, they have got Jasprit Bumrah one of the top bowlers of recent times. Also, some really good spinners in the shape of KULDEEP YADAV & YUZVENDRA CHAHAL. Plus, they have improved their fielding a lot.

PAKISTAN is called The Land of Fast Bowlers For a long time now, they have produced Quality of Fast bowlers like Waqar Younis, Waseem Akram, Shoaib Akhtar, etc. They have always produced high-quality fast bowlers and their bowling was the key to their success in the past. Pakistani Cricketer Sarfraz Nawaz invented the Art of Reverse Swing which was later used by so many bowlers. So, in the past Pakistani bowling lineup was Total Destruction. Also, if we talk about the spin bowling department, Saqlain Mushtaq, Saeed Ajmal, Abdul Qadir Etc. so in short Bowling was the key for the Pakistani team in past. If we talk about batting in past, Javed Miandad, Muhammad Yousaf, Inzamam Ul Haq, and Younis Khan were the batting greats. Pakistan Had A Great Captain in Shape of Imran Khan. Pakistan has produced good batsmen throughout the years but the bowling has been stronger. Presently, they are relying on both batting and bowling equally. They haven’t been That match strong in bowling as they used to be in past. SO, This Was a Short Analysis of Both Sides.

Pakistan never defeated India in the World Cup either in the 50 over format or in T-20 World Cup matches. India defeated Pakistan 7 times in the 50-over format and 5 times in the T-20 format. So, India leads by 12-0 here. Pakistan is yet to win a World cup match against India.

Sachin Tendulkar was the main obstacle between Pakistan and victory as he got 3 MOM awards.

Virat Kohli has got 2 MOM awards, he got one in ODI WC 2015 TOO. Looks like Virat Kohli has replaced Sachin Tendulkar. To conclude, I would say this rivalry will lose its value if the results are the same in the next few meetings too. We hope PAKISTAN will bounce back And Beat INDIA in the World cups!