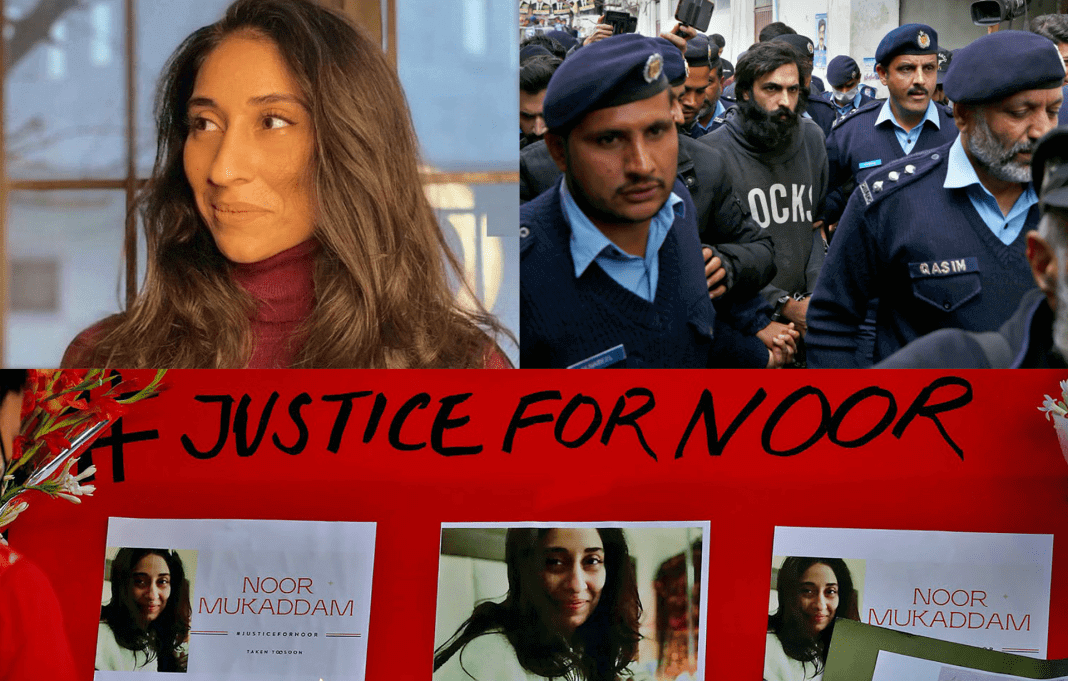 Authorities said the 27-year-old daughter of a former Pakistani ambassador was killed on Tuesday in Islamabad, Pakistan’s federal capital.

The victim, Noor Mukadam, was the daughter of Shaukat Mukadam, Pakistan’s ambassador to South Korea and Kazakhstan, according to officials. Noor was slain at a residence in the city’s F-7 district, according to police, who added that she was struck with a sharp item. The suspected murderer has been apprehended and is claimed to be the son of a Pakistani business magnate.

Noor Mukadam, 27, was allegedly “shot and butchered” in a posh residential district of Islamabad during the Eid festival when Pakistanis ritually butcher millions of animals and the streets of Pakistani towns are covered with blood.

Noor Mukadam is not only a victim of the horrible act of murder, but she is also on the list of those who have been ‘victim shamed.’ On the morning of July 20th, Pakistan’s capital region, Islamabad, shuddered when authorities retrieved Noor’s lifeless corpse.

Zahir Jaffer, a US citizen, and son of one of Pakistan’s richest families have been accused of murder.

According to investigators, the two were acquaintances until Jaffer brought Mukadam, the daughter of Pakistan’s previous envoy to South Korea, to his house, imprisoned her for two days, and then brutally killed her.

There was security staff there, yet they did nothing to protect the victim. Regardless of the fact that Noor walked inside their cabin seeking shelter, they did not even notify the police. The victim’s shouts and pleadings were simply ignored by the security personnel.

It is an excellent occasion to explore our responsibility as citizens. We cannot start pointing fingers at others while turning a blind eye to our own behavior. It is a citizen’s obligation to notify the authorities if he or she witnesses a crime being committed.

The attitude of ‘it’s not my responsibility and ‘it’s not my problem’ has shredded the fabric of our society. Many crimes occur in broad daylight in our presence, yet we do nothing to prevent them.

Prime Minister Imran Khan was aware of the heinous murder and requested that the IG ensure that no compromises be made in the inquiry. Following that, Zahir’s name is suggested for the Departure Control List, and the investigating team is directed to get the suspect’s criminal histories from the UK and the US.

This case contains a number of intriguing yet heartbreaking elements. It has shocked the entire country and has generated fear and anxiety in women all around the country. This instance exemplifies our society’s lack of empathy once again since a woman is both the cause and the driving force behind the murder that has occurred to her. This case is also a litmus test for our law enforcement agencies and our shaky judicial system. Because it’s a battle between righteousness and money.

Hundreds of women are slain each year in Pakistan, and many more are victims of heinous violence, yet few instances receive sustained media attention, and only a tiny portion of criminals are ever prosecuted.  Violence is common in Pakistan, but the latest wave of female homicides has startled the South Asian country.

On the same day, a man burnt his woman to death in the southern Sindh province, whereas another man shot and killed his wife, aunt, and two minor children in Shikarpur city. A 30-year-old woman was raped and murdered in Rawalpindi city on Saturday and died of her suffering on Sunday.

In Sindh, a lady was tortured and killed by her husband on July 18. In the northern city of Peshawar last month, a man slaughtered two girls, including his previous wife, for the sake of “honor.”

Noor’s heartbreaking murder, as well as many other such heinous crimes, demonstrate that women are not secure in this nation. Whether she is the mother of three or a newborn, whether she is a housekeeper or a working woman, whether she would be wearing jeans or a jilbab, she may be harassed, raped, or even murdered at any time and, in the eyes and minds of others, she will be the perpetrator rather than the victim.

Our nation, everything, and every member, men in particular and elderly women, has their own interpretations of liberals. For this section of the community, liberals are those who believe women should not be a part of the economic feedback loop, those who assume that empowerment of women is a western agenda and that a liberal is someone who wears shorts and shirts, comes from a wealthy, bureaucratic, or business family, and has male friends with whom they believe they must have sexual or physical relations. That’s such a strong idea in our culture that even atrocities like beheading remain unaffected.

Noor is thought to be liberal even though she belongs to the wealthy elite and she dresses as usual, which would be the subject of discussion after every such incident. Unfortunately, our prime minister also thinks that women’s clothes are to blame for the increasing number of rape cases, but rape is a crime and the country should be so safe for women that no one dares to stare at women.

During Thursday’s court hearings, Judge Muhammad Atta Rabbani indicted and condemned Zahir Jaffer to death for the murdering Noor Mukadam. The court also convicted two of Jaffer’s home staff workers to ten years in jail each for their roles in the murder and confinement of Mukadam.