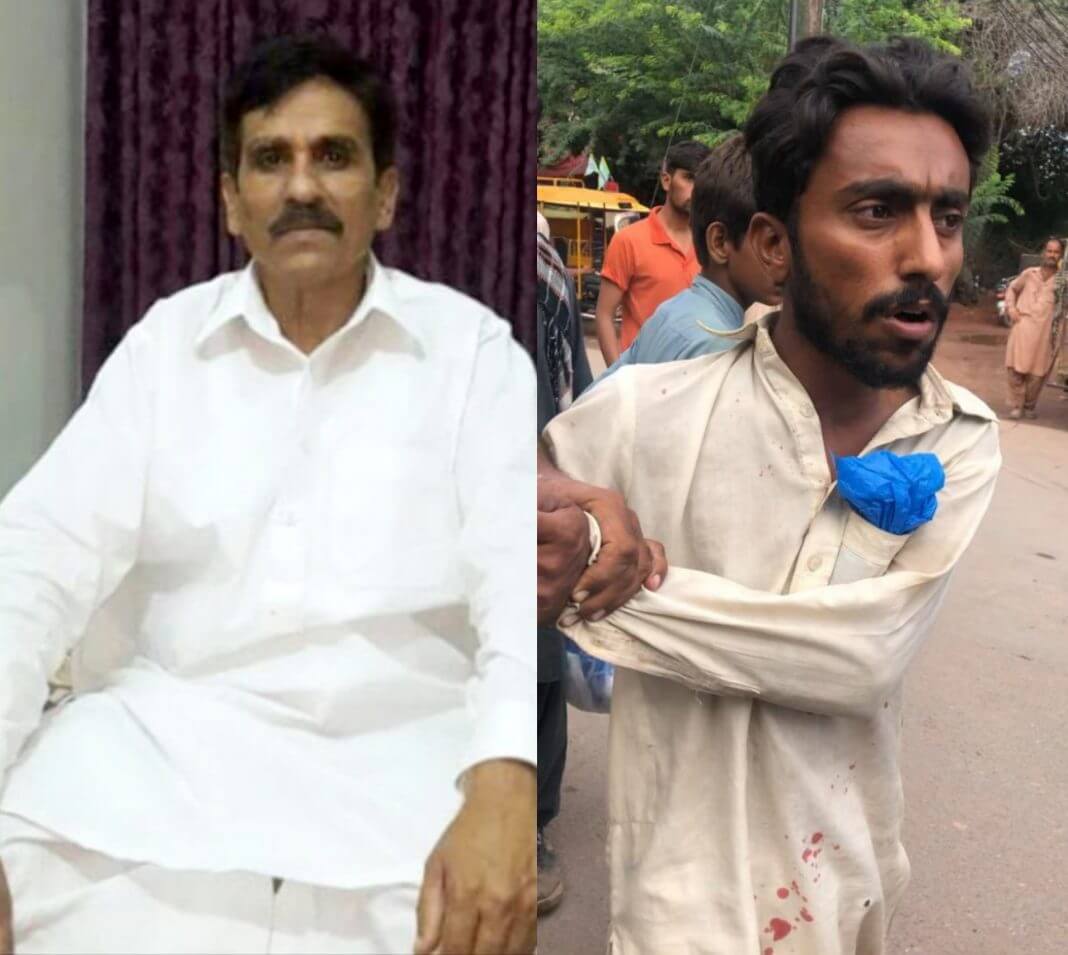 Another horrific incident took place today at Rabwah (Chenab) Pakistan, When a 67 year old man stabbed to death when he refused to chant sologans of the controvisal Tehreek-i-Labbaik Pakistan.

The Incidnet took place at the main bus stop of the Rabwah city (considred to be the headquater of the Ahmdiya Community of Pakistan) when a TLP member named Hafiz Shahzad Hasan Sialvi asked the victim to chant the solgan:

When he refused to do so Hafiz Shahzad Hasan Sialvi attached him with knife and injured him severly. He was rushed to the hospital where he declared dead – said Saleemuddin, the spokesperson of Jamaat-i-Ahmadiya Pakistan.

The suspect was immediatly overpowerd by the locals and they handed him to the police. In a video circulating on tweeter Shehzad Rizvi was showing no regret after doing this henious murder and while police was arresting him he was saying:

“Kill the one who insults the Prophet”

That was not the first incident in which people used religion for their crimes. We Pakistani can’t forget the horrific murder of the Sri-lankan man who was brullty murderd by another “religious fanatic” belonging to the same Tehreek-i-Labbaik Pakistan on 3 December 2021 in Sialkot, Punjab.

Internation Human Rights Committee also realized a statment through it’s twitter handle in which they candemned the murder of Mr Nasseer Ahmed:

According to the statement of Saleemuddin – the spokesperson of Jamaat-i-Ahmadiya Pakistan: